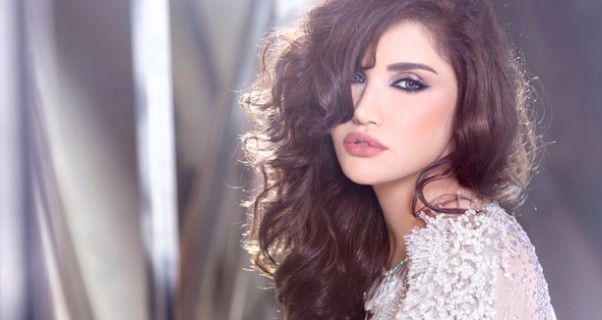 Mariam Chehab, born in South Lebanon in 1982, more professionally known as Melissa, was able to catapult herself to stardom in what today’s industry is considered “a short time.” In 2004 Melissa had the highest honor of being crowned Miss Mediterranean. After working as a model for only 6 months, she had the honor of meeting one of the Middle East’s most successful and top producer’s, Jean Saliba. Mr. Saliba has been responsible for the success of countless careers and hit records of many Middle Eastern stars.

Jean noticed Melissa and had quickly seen a star in the making. He soon decided to produce her first album, and released it in the summer of 2006. The album went on to produce two number one hit singles in the region. Her first hit single “Somebody call my name” was a duet recorded with international pop superstar, Dr. Alban.

In the short time that Melissa has been in the music scene, she has been able to achieve a degree of success that is unimaginable to most artists, which would have taken years to accomplish. Her beauty, talent and enthusiasm, is a true testament of what’s yet to come in this young talented superstar’s career. Her current follow-up single has already received the highest accolades, attention and support than her previous hits.

Melissa released her 2nd  album, followed by the Duet hit single with AKON composed by her producer Jean Saliba on December 2008 and a concert at BIEL with more than 10000 people. She toured with Akon in Dubai, Cairo, Amman and back to Beirut on August 13, 2009,with a bigger concert at La Marina-Dbaye-Lebanon. in Amman on August 6, 2010.

She is heading straight to the top and not looking back.

Her new international single Nanana was released a month ago featuring upcoming remixes with David Vendetta. Followed with a new album in June 2013.

Saturday Feb 15 2014 she received the Great Woman Awards for 2014 for all achievements made through the years to be the 1st Arabic artist to make an international breakthrough.